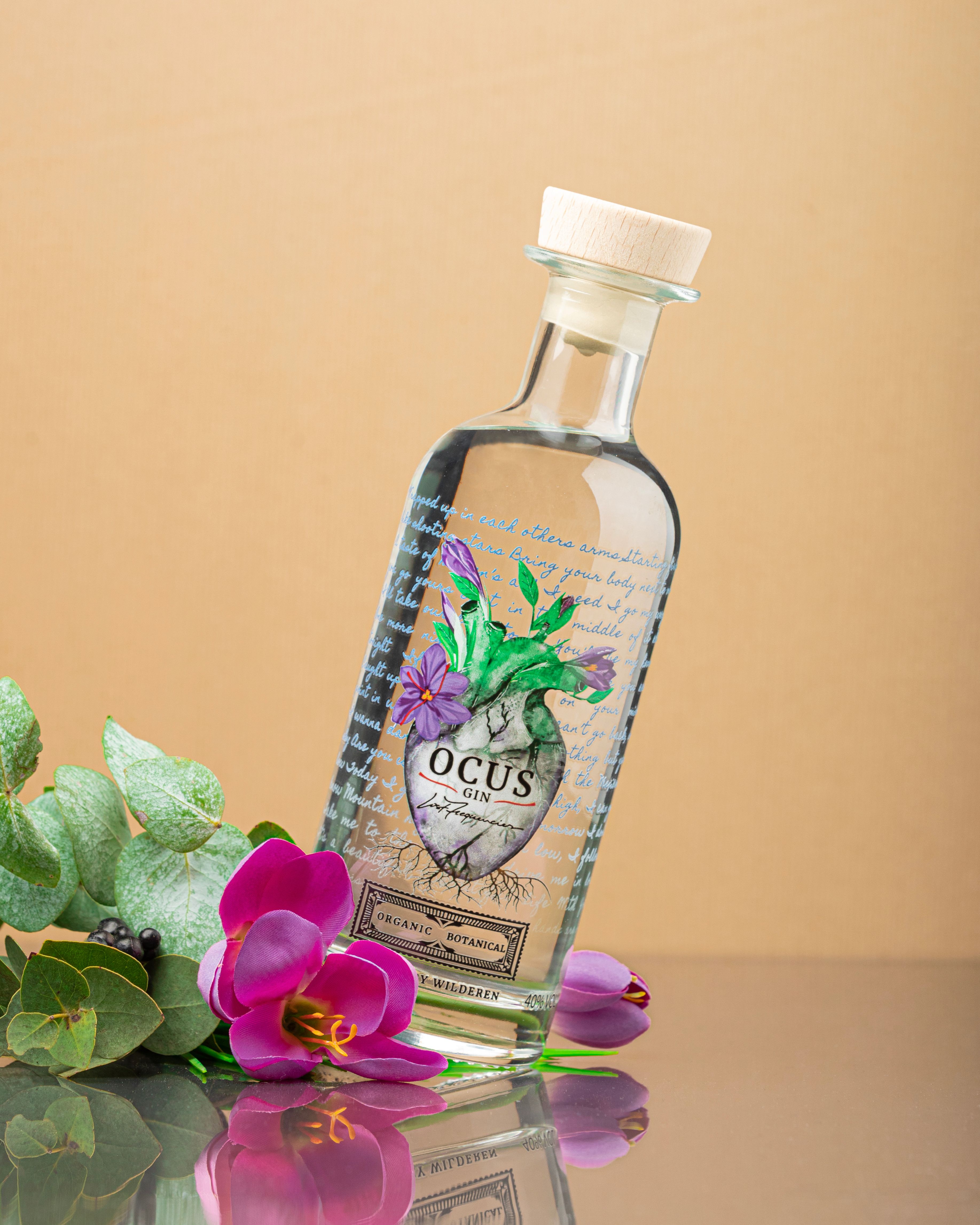 OCUS GIN by LOST FREQUENCIES IS OUT NOW

Discover the full power of Ocus Organic Gin in the mix with your favourite tonic, on the rocks or in a cocktail. Always take the Sunshine-Drenched Vibes & Feel Fine! Cheers!

Where are you now 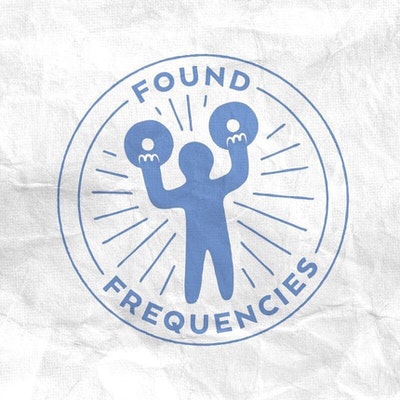 As a billion-timed streamed artist in his own right, Lost Frequencies has gone from rising producer to global superstar in a matter of years, with the introduction of his own Found Frequencies label placing itself as another irresistible pillar not only in his already fruitful career, but as an imprint that has spread the ideology and the union of his music even further.

Found Frequencies has already been an incubus for some of the year’s most-loved tracks and festival stand-out moments. Take the sunshine-drenched vibes of the label head’s collaboration with Dutch duo Zonderling – ‘Crazy’ – that spurred on sing-a-long moments galore, then followed by the radio-ready, stripped-back ‘Melody’ featuring platinum UK artist James Blunt. Not only releasing just his own music, Lost Frequencies has now signed over 30 different artists, with many more to come. From India to New York, Found Frequencies is a home for artists spread around the world, with a specific interest in creating a family atmosphere for everyone included in the label. These releases only reflect a springboard of what is to come in future.

Make sure you keep your eyes on the Found Frequencies media channels to stay up to date with upcoming releases! 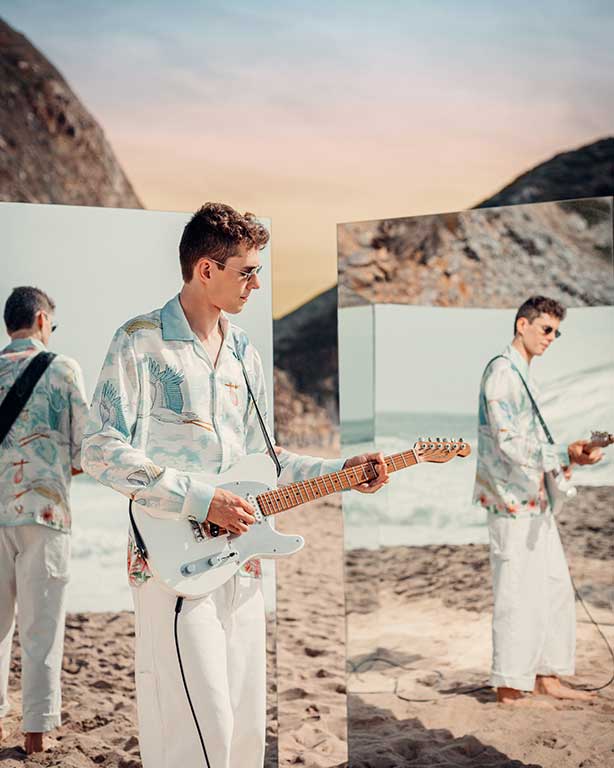 Felix De Laet, better known by his moniker Lost Frequencies, has soared to success in the international music industry over the past half-decade. Releasing his global smash hit ‘Are You With Me’ back in 2014 with the track rapidly ascended by hitting multi-platinum status, taking the #1 spot in 18 countries and becoming the first Belgian artist to hit #1 in the UK. Proving that he is no one-trick pony in the studio, ‘Reality’ evidenced as another major smash hit from that, and flew to platinum status in no less than 7 territories, before the release of his debut album ‘Less Is More’ (2016), and sophomore follow-up ‘Alive And Feeling Fine’ (2019), showcased his enthusiasm, dedication to craft and sheer skill all whilst playing the long game. One of Lost Frequencies biggest success in recent memory has to be that of the unmistakeable distinction of ‘Where Are You Now’ that, as of 2022, saw him hit #1 on The Official Big Top 40, and Top 5 on the Official Charts in the UK, also peaking at #1 on the Shazam charts in 10 countries, with over 500 million combined streams as of February ‘22, earning further accolades such as BBC Radio 1’s ‘Track Of The Week’. Furthermore, ‘Where Are You Now’ has reached Platinum status across 8 territories, including 3x in Lost Frequencies home country of Belgium and hit the #1 chart spot in Ireland, Poland and Slovakia – with no signs of slowing down.

As well as this, a zig zag of global dates at the world’s most important festivals including Coachella, Tomorrowland, Lollapalooza, closing down EDC Vegas in spectacular solo style, and a hugely impressive arena run with fellow chart-dominators The Chainsmokers; another year sparkled bright for the superstar. And it didn’t end there… Solidifying himself further as a trailblazer in the scene, in 2018 Lost Frequencies amassed over 1 billion streams, that as of 2021, has eclipsed over 4 billion, as he ripped up the rule book on his tropical-infused official remixes on Major Lazer, Justin Bieber & MØ’s ‘Cold Water’, Miley Cyrus’s ‘Malibu’, LSD Labrinth / Diplo / Sia's 'Thunderclouds', as well as Ellie Goulding’s ‘Worry About Me’, showing that his unique electronic style can lend itself to multi-dimensional pop and still deliver an inimitable sound as the hits just kept on coming.

Leading on from the announcement of his long-awaited second album ‘Alive And Feeling Fine’, Lost Frequencies also announced his first ever fully-live tour, with a dozen dates split between both the USA and Europe hitting major cities all over these continents; comprised of completely his own original material, compositions and all-new presentations, Lost Frequencies brought an innovative, fresh interpretation to his sound that so many have come to know and love. With magical performances from New York and LA, to Berlin and Paris, sold-out shows have also wowed across the board, with extra shows added globally, post-pandemic, following on from the initial live success and due to phenomenal demand. Lost Frequencies will be back on tour in the Autumn/ Winter of 2022 with a long-awaited live return, playing shows across major cities in the USA, Canada and Europe including New York, London, Toronto and a victory lap arrival back at the Brussels Vorst Nationaal Arena, with tickets available now! ‘Alive..’ was released into the world in October ’19 with further Platinum-Awarded singles, going onto claim notable chart spots including the #1 Dance Chart position in Belgium, France, Cambodia and Hong Kong, #2 Dance position in the USA and Switzerland, as well hitting #4 in Belgium and further Top 30 positions across Europe, Asia and the Middle East.

Lost Frequencies also firmly established himself as one of the strongest, fastest rising talents with his debut entry into the 2017 DJ Mag poll at #26, the highest new entry of any artist that year, when further placing in 2018, 2019, 2020 and most recently further placing in the upper echelons of 2021’s poll. As the accolades multiplied including emerging victorious in the ‘Dance International’ and ‘Hit of The Year’ categories at the ECHO award ceremony (comparable with the U.S. Grammy's), beating the likes of Adele on the latter to two, as he’s also been the recipient of numerous MTV EMA and IDMA (International Dance Music Awards) nominations, fortifying his international and industry-praised status even further.

After the successes of his Lost Frequencies and friends-curated parties globally, he has gone on to host stages across multiple years previously, hosting guests including Robin Schulz, Duke Dumont, Oliver Heldens, Nora En Pure, Duck Sauce, Acraze, Dom Dolla, Tchami and many more, showcasing the huge appeal held by Lost Frequencies not only in his home of Belgium, but amongst the world-class Tomorrowland crowd. This year for 2021, his long-awaited return to the magical festival site in Boom will see him be the first live act on the Tomorrowland mainstage this Summer with three performances across the event, aswell as an additional two days hosting his own stage, once again.

Taking things to the ultimate, honourable level as one of Belgian’s biggest musical exports in recent years, Lost Frequencies was also invited to provide the soundtrack to the Festive opening of the virtual tour of the Royal Palace in Belgium, with a stunning selection of original music from his back catalogue beamed from atop of the stunning, historical and regal location at the invite of the national Royal Family – an iconoclastic, mesmerizing invitation to be a part of within his home country that has never before been seen or done by another national artist; and it didn’t stop there. After over 12 months in the making, the Winter of 2020 saw the international producer delve into new territory with a long withstanding passion project ‘Ocus Gin’, designed by Lost Frequencies in every aspect, from tasting notes to production methods and design. Deciding to concoct a recipe with botanicals present across the spectrum from herbaceous, to sweet, sour and mellow, eagle-eyed fans also have a “secret message” to find as every purchase also comes with an exclusive festival wristband of which there are six to collect, upping the ante of making luxury drinks products at an acceptable price point, adding another string to the producer’s bow.

From show-stopping live appearances, to career-making studio hits, Lost Frequencies continues to soar at a meteoric rise at his own accord with 2022 set to continue on illuminating his presence across the industry, and the globe.